An essential part of travelling is food,  I love to eat and wherever I go I make it a point to try a variety of traditional plates. While in Turkey I tried some pretty delicious dishes.

I have just a few pictures of some of the food I tried, because I was usually too hungry and excited to eat to even think about getting my camera out and snapping photos.

Iskender Kebab: This was my favourite meat dish, which is served on top of pita bread and covered in a delicious tomato sauce and a side of yogurt

Chicken and chips: This was a signature dish of a restaurant in Selcuk called “Amazon”. It consisted of a base of potato chips, yogurt and chicken, it was good, but the dish that you can barely see on this picture which my friend ordered was better. That’s  Adana Kofte, which is a grilled minced meat kebab. 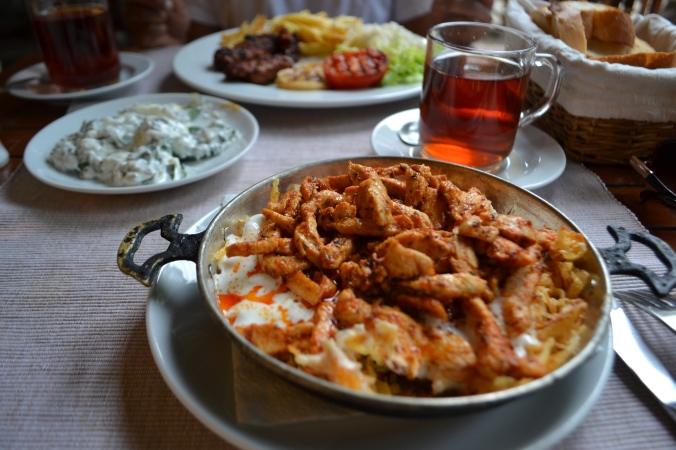 Manti: This is the Turkish version of ravioli. Tiny dumplings filled with either chicken or meat with a yogurt and tomato sauce. I really enjoyed this dish but it was definitely not filling enough. 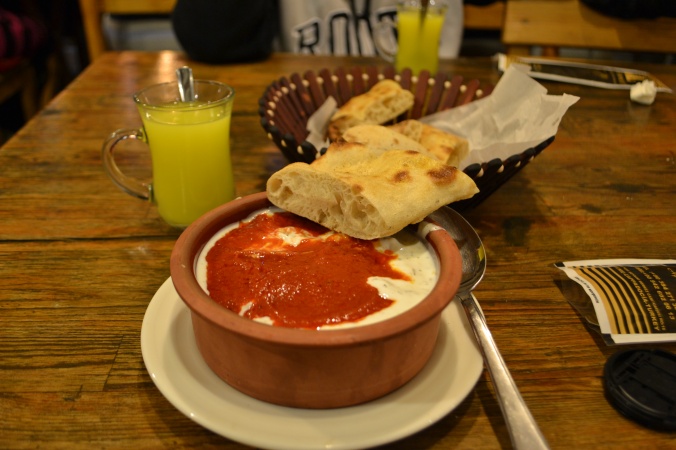 Chicken shish: Hands down, this was my favourite type of chicken. This chicken is marinated, put on skewers and grilled. I had this dish twice, but the first time I had it in Antalya had no comparison, so delicious! 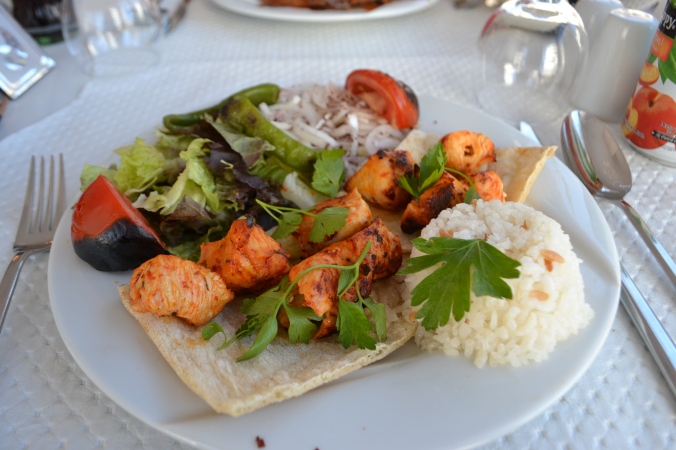 Turkish tea or çay: With every meal I ordered myself some tea. But my favourite was not the actual Turkish tea, instead I prefered the apple tea. The picture below was taken in a very trendy  tea shop in Istanbul, where for the first time I had apple tea that was not made with powder but actual tea leaves and apple. 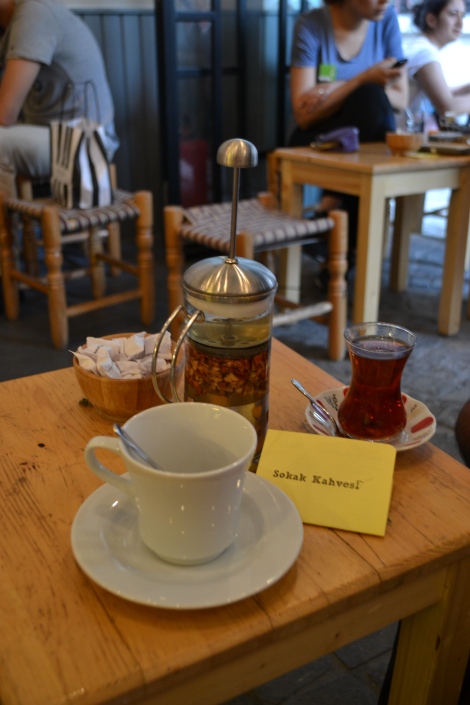 As for the rest of the food I had, Doner kebab and Pide (like a pizza on pita bread) were great for a quick bite. They are cheap, filling and very tasty.

Turkish food is also known for its Turkish delights. I’m not a big fan of sweets, so I didn’t try any of these, but I did have some Baklava and I actually liked it.

Overall I enjoyed Turkish food, but I will admit that at one point I got tired of eating Doner kebabs and went for Pizza Hut. I felt that even though there’s a variety of dishes , most of them consist of the same thing, yogurt sauce, tomato and meat. I travelled to different parts of Turkey and I didn’t see a change of menu, all the places seemed to offer the same plates. But I’m no food expert and maybe I missed out on some different flavours.

One thought on “Turkish food you say? Delightful!” 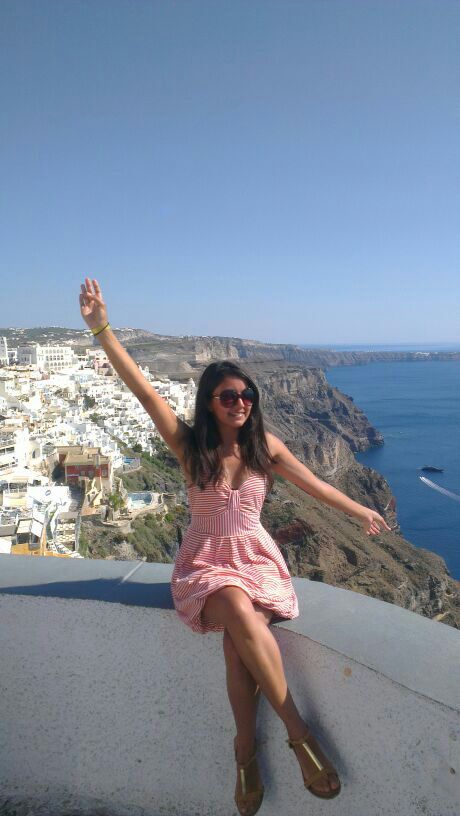