I had been hearing about Macao for a few years now, like Hong Kong, it’s also a “special administrative region” of China. This means that it’s officially a part of China but maintains its own ruling systems.

It used to be a Portuguese colony, which is why the architecture is very European looking and Portuguese is the official language (as well as Cantonese).

But what Macau is famous for is its casinos, revenues are higher than in Vegas and the “Venetian Macao” is actually the largest Casino in the world.

So all in all , I was pretty pumped up to see this luxurious yet historically rich place. Unfortunately it turned out to be a pretty disastrous trip.

The weekends are the worst time to go to Macao. We went there on a Saturday to attend a Food festival, and it was as if the whole of China was going there too. That may sound super dramatic but I had to stand in line for 3 hours at the border crossing only to get out of China. And then another hour standing in line at the Macao immigration.

Once in Macao my spirit was uplifted again, I could already feel the “european vibe” , so I decided to forget about all the standing in line and start the exploring. It was pretty cool to see signs everywhere written both in Portuguese and in Chinese characters.

After a quick bite at McDonald’s to refuel, we hopped on a city bus to get to “Senado Square” located in the heart of Macao. But I quickly got discouraged as we approached the Square. Looking out the bus window we could see a mass of people standing in line on the sidewalks. We wondered if they were waiting to get in a store or something, but no, turns out it was just SO packed that you actually had to stand in line to walk from point to point. Again with the lines.

So after a failed attempt at snapping some pictures ( being short does not help when you are in the middle of a crowd) , we made our way to the ruins of Sao Paolo cathedral and got into a Forever 21 store right beside it. I’m not the type to spend my time in stores when I’m travelling, but it seemed like the right thing to do at the moment to scape the masses.

After browsing through the 4 floors of the store , and not actually buying anything, we made our way to the Food Festival. At this point food was the only thing that would make me happy. Of course the food fest was extremely crowded but I did get to enjoy some Indian and Thai food.
Also the festival took place close to the Macao Tower so I was able to see people doing bungee jumping from there, which was pretty entertaining. 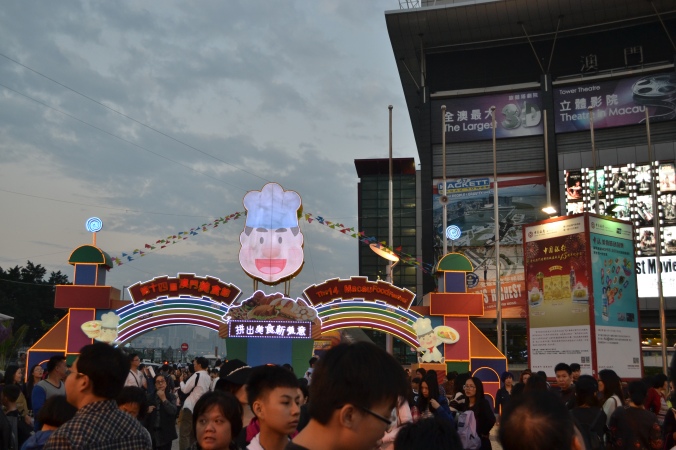 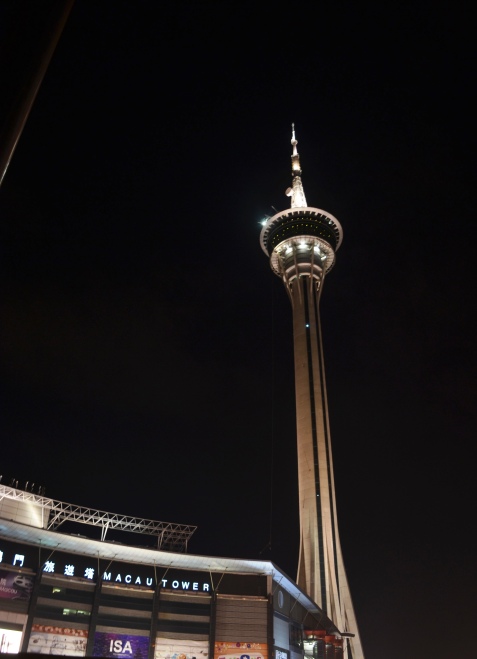 To get back to the border was another nightmare, buses were packed , taxis were ridiculously over charging us and walking was not an option.

Although the trip was a disaster, I want to go back to Macao. I want to actually enjoy the heritage of the place, go inside all these crazy looking casinos and have a good time there. I know it’s possible, we just picked a bad time to go.

So bottom line is for anyone planning a Macao trip , DO NOT go  during the weekend. 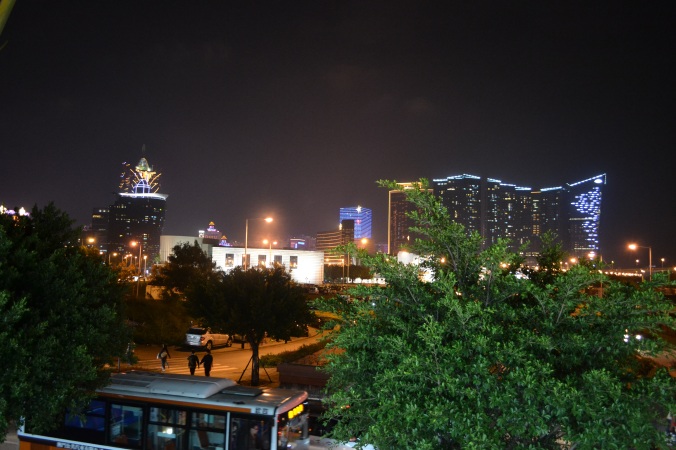